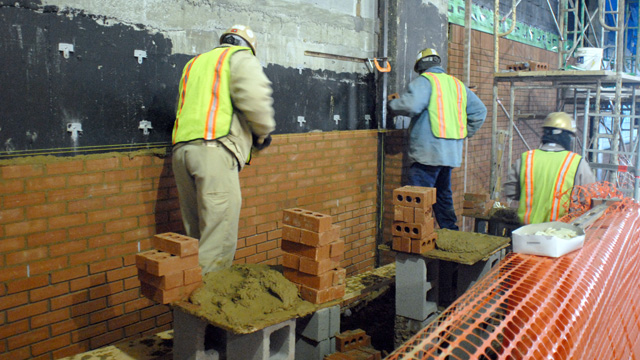 Construction unemployment at lowest level since 2008

By Associated General Contractors of America

The unemployment rate for construction workers fell below double digits in June for the first time since 2008 as every segment of the industry added employees, according to an analysis of new government data by the Associated General Contractors of America. Association officials said the relatively positive jobs report for the sector highlights the need to address potential shortages of skilled and entry-level workers.

“Construction employment in June was the highest since August 2009,” said Ken Simonson, the association's chief economist. “But employment is still down by one-quarter from the peak more than seven years ago. Many of those laid-off workers have left the industry—whether for employment elsewhere, more education or retirement—and construction companies face a looming worker shortage.”

The unemployment rate for workers who last worked in construction declined to 9.8 percent from 12.8 percent in June 2012, not seasonally adjusted, and the number of unemployed construction workers dropped by 214,000 to 825,000. The latest numbers were the best June figures for each series since 2008, Simonson noted.

Construction employment in June totaled 5,812,000, an increase of 190,000 or 3.4 percent over the past year. Aggregate weekly hours of all new and existing construction employees expanded by an even larger 4.7 percent, as companies put more workers on overtime.

“The number of unemployed workers with construction experience has fallen to low enough levels that firms in a growing number of locations and segments are having trouble finding people with the needed skills,” Simonson commented. “Contractors have filled the gap so far by adding to workers’ hours but this ‘solution’ may be reaching its limit.”

Residential and nonresidential contractors have added workers in nearly equal numbers, Simonson observed. Residential building and specialty trade contractors added 5,200 in June and 90,200 (4.4 percent) over 12 months. Nonresidential building, specialty trade and heavy and civil engineering construction firms grew by 8,400 workers in June and 99,800 (2.8 percent) from a year earlier. In a favorable sign for future construction growth, architectural and engineering services employment rose by 2.6 percent over the year.

Association officials said some of the future worker shortages that will come if the industry continues to add jobs over the coming months might still be averted. They urged education officials to rebuild skills-based, or vocational, educational programs designed to help prepare students for careers in construction and manufacturing. And they urged Congress and the administration to reject the arbitrary caps on construction workers that are currently included in the Senate’s immigration legislation.

“Now that demand for construction is finally picking up, it is vital to ensure that the industry can find enough qualified workers,” said Stephen E. Sandherr, the association’s chief executive officer. “There are actions that policy makers should take now before a worker shortage cuts short the industry’s recovery.”

With over 33,000 member firms, AGC of America is the leading association for the construction industry. AGC provides a full range of services satisfying the needs and concerns of its members, thereby improving the quality of construction and protecting the public interest. Learn More at www.agc.org.

Get Another Quote & Take The Discount!