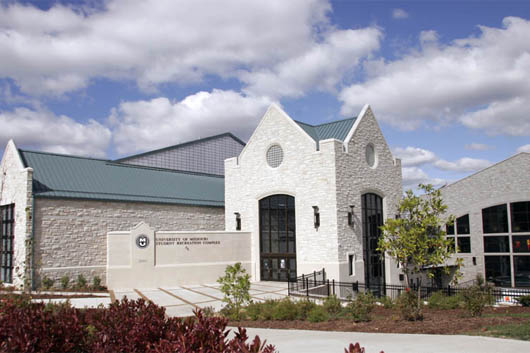 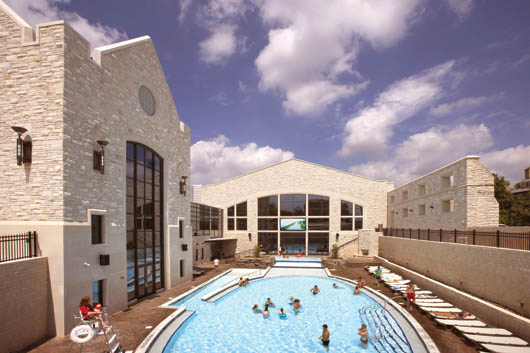 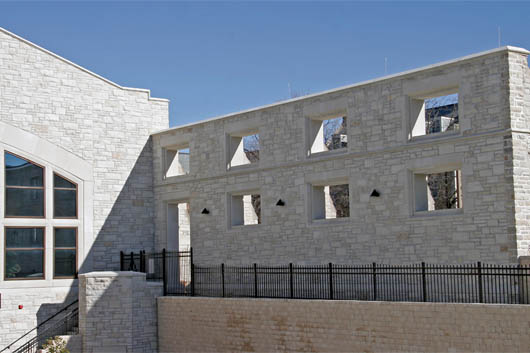 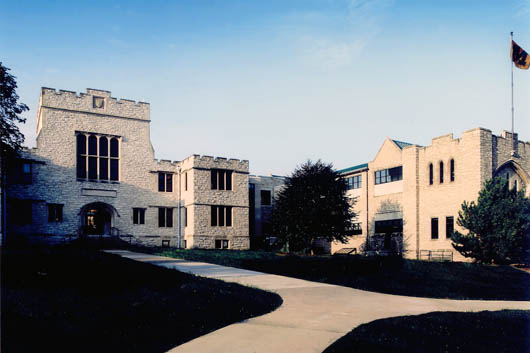 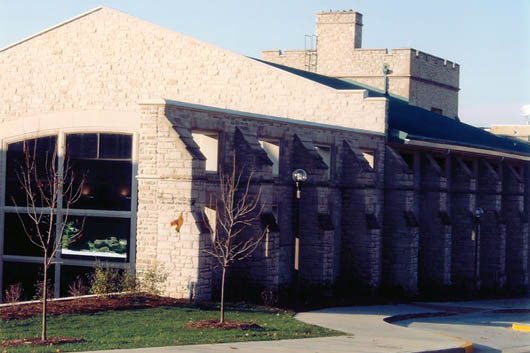 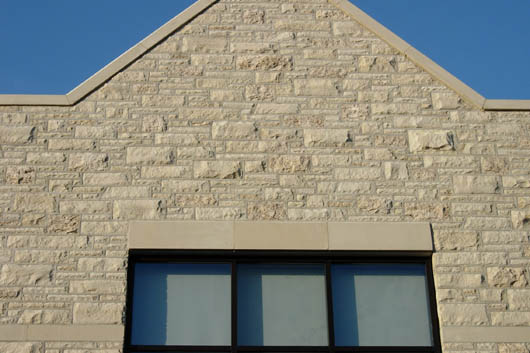 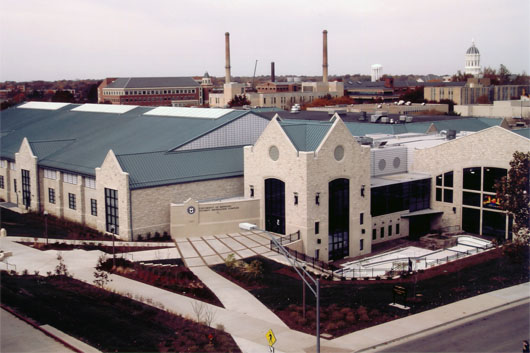 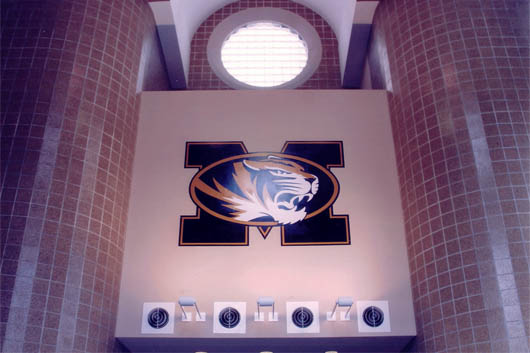 The expansion and renovation of three historically significant Buildings, Rothwell Gymnasium, Brewer Field House and the Student Recreation Center, offers future Missouri generations an unparalleled recreational facility with diversified programs. The original Rothwell Gym opened in 1905 with additions constructed in 1939 and 1959. The Brewer Field House opened in 1929, with a recreation center completed in 1989.

Masonry was the core building material used in the Student Recreational Complex, a dynamic Tiger themed showplace, which incorporates cutting edge design along with century old architecture. Construction of the new 295,000 square foot facility began in 2003. The overall project expands the non-aquatic fitness and recreational sports components, and adds a new dimension of aquatics with a competitive 50 meter pool, 10 meter diving platform, along with spring board/diving platform, and seating for 1,000 spectators. A new addition was constructed at the Center and integrated into the existing Buildings to form one cohesive complex.

The Mason contractor for this project experienced many unique challenges. The first challenge was assisting the Architect and Owner in matching the exterior of the existing Buildings, which were erected out of Missouri Limestone from quarries that closed in 1929. After many mock-ups and a long search, the architect and owner selected a blend of stones from quarries in Arkansas and Kansas.

The second challenge occurred during the initial phase of construction. Only one access point was available for the entire project. This complication was handled with two 40-ton rough-terrain cranes and a 230 foot tower crane to help hoist and install all masonry materials.

The third challenge, scaffolding requirements, was due to the sequencing of the swimming pool installation and the masonry walls in coordination with the concrete pours. The entire facade was installed using full-masonry construction. All backup material is ground face blocks and plain CMU units.

The fourth challenge was supporting the exterior roof that was originally held up by existing century old stone columns. These columns were sprayed and tuckpointed for added strength. New columns were built using new stone to match existing, along with salvaged stone.

The fifth challenge was to remove the Southern portion of the Rothwell Gym. The East wall was retained and is now a free-standing screen wall dividing Hilt Street and the new oval shaped outdoor heated pool.

The sixth challenge was constructing a main entrance tower from new stone and ground face blocks, on the Southeast corner of this project. Set into this tower are circular glass block windows with precast surrounds.

The seventh challenge was to turn six racquet ball courts in the existing Brewer Field House into "Downtown Brewer", which is a combination of six different themed areas, including instructional activities. The openings in the racquetball walls were cut through 2 foot thick century old limestone.

Many of the spectacular features include a 42 foot climbing wall and 3 indoor pools with items such as a waterfall, lazy river, hidden grotto, and swirling vortex. Also included are over 20,000 square feet of cardio equipment, free weights, and many other pieces of body-shaping equipment.

As you can see, not only is masonry the only material that could be used, the utilization of masonry provides unsurpassed quality that spans the last century into the next.

“The MCAA is valuable in every aspect of the masonry industry today.”