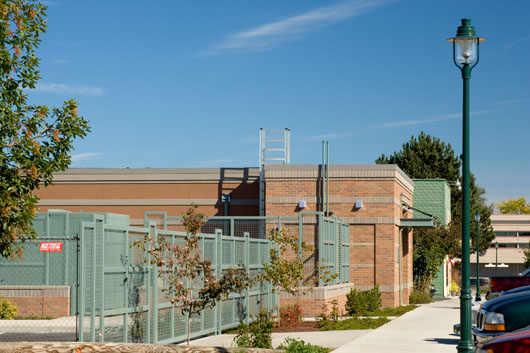 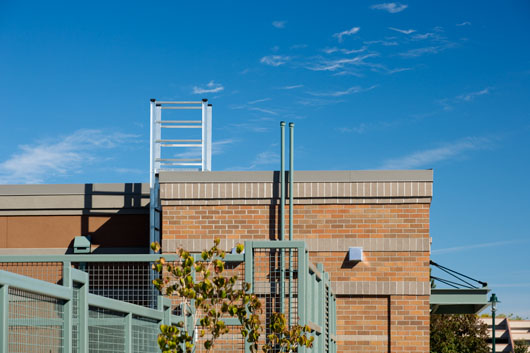 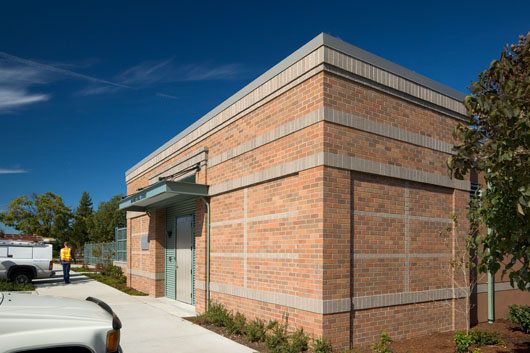 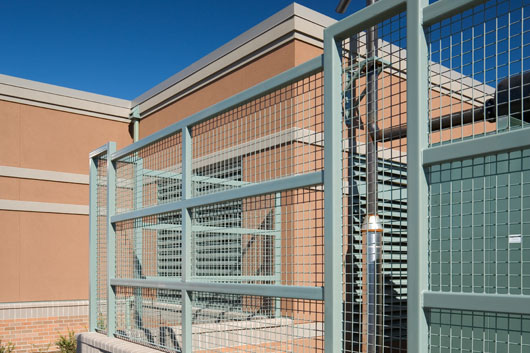 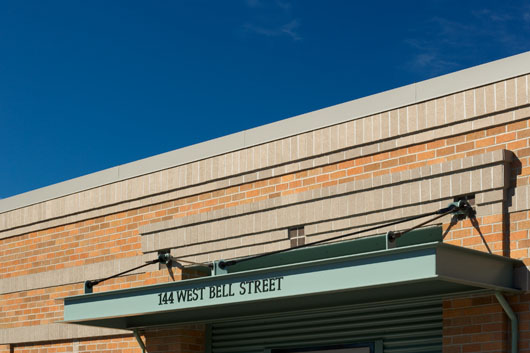 The Project consisted of the renovation of the site and structure of a switching facility. The original facility had been added to twice previous to this renovation. It was entirely constructed of unreinforced concrete block with a wood framed roof structure. The materials had been selected to facilitate ease of future expansion. Growth previous to this project had been linear, from the front of the site to the rear. This growth had reached its maximum and a sideways expansion was necessary.

The Block exterior had been coated with a white stone stucco veneer, interrupted with cosmetic heavy timber columns and lintels. These timbers were rotted and the building exterior had become cracked and was in risk of moisture intrusion.

The building addition was proposed to be concrete block with stucco veneer. A seismic upgrade of the existing facility was required. The Owner wanted a no frills addition, as the budget was very tight. The existing building was to be upgraded and was to match the new addition.

Early on, KDW approached the owner about considering brick veneer, as this was traditional for telecommunications facilities. It was posed that the added cost for the brick would be a small percentage of the overall cost of the project. A compromise was reached to clad the front of the building with brick and use stucco for the remaining portion of the building. The color and texture of the stucco was carefully selected to match the brick and break up the large flat walls. Reveals were used in the stucco to simulate the brick banding detail. A partial height brick wall was added to encompass the mechanical / electrical courtyard to add some width to the otherwise narrow front end of the building.

“The mason contractors involved in the MCAA all work towards the same goals.”