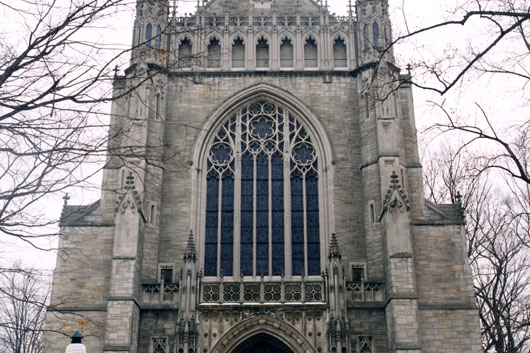 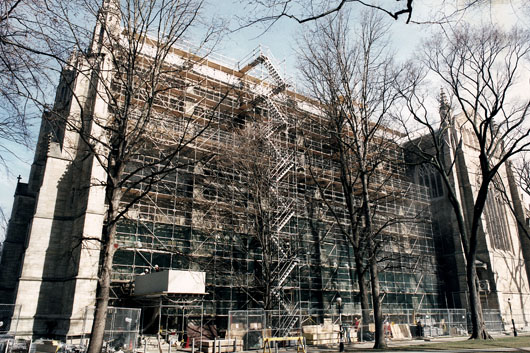 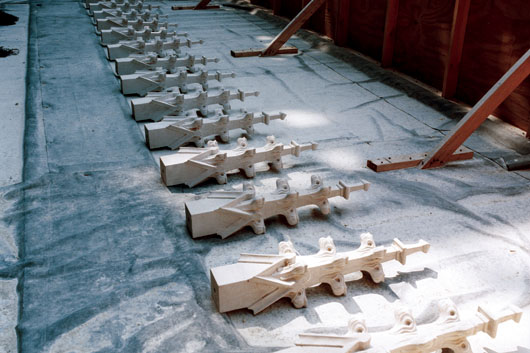 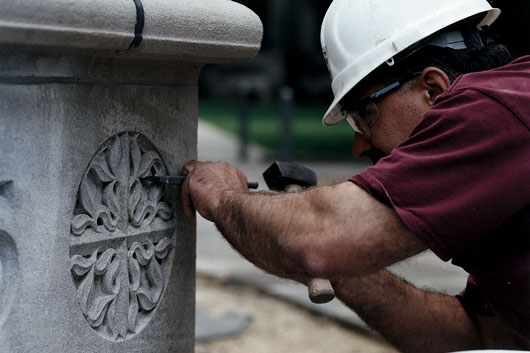 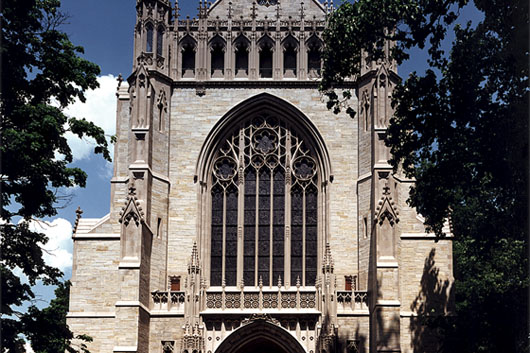 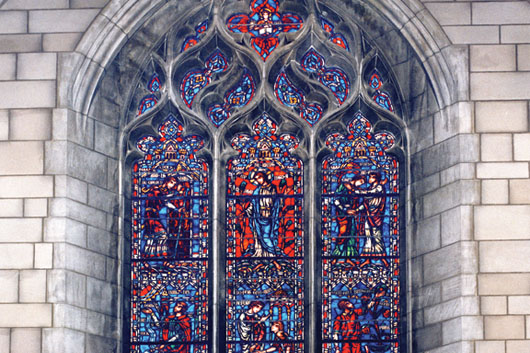 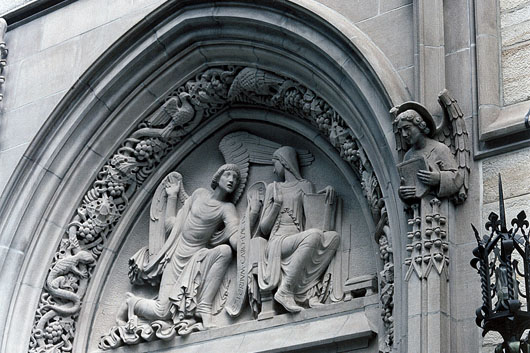 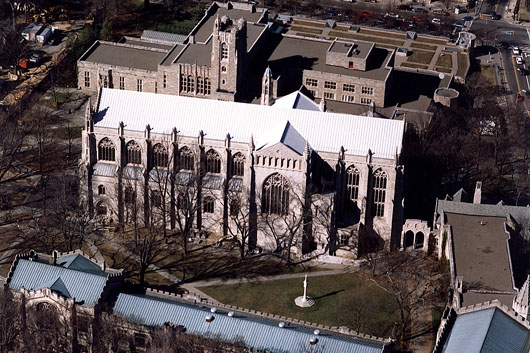 Princeton University Chapel was constructed between 1925 and 1928. Planning for the first major exterior restoration of this sandstone Gothic basilica was begun in 1999 by the architectural firm of Ford Farewell Mills and Gatsch. The final schedule called for restoration to be completed in two phases, between 2000 and 2002, with no work to be accomplished during the month of December. Masonry Preservation Group, Inc. was selected as the masonry contractor and general contractor for the entire two-year project. The project included the complete restoration of the stone exterior of the chapel as well as the restoration of 28 stained glass and leaded windows.

During the preliminary phases, the scaffolding subcontractor and Masonry Preservation Group engineered a unique exterior and interior scaffold that made the walls of the chapel an integral part of its design while at the same time protecting the stone buttresses from damage. Throughout the scaffold construction phase and the entire project, Masonry Preservation Group worked in close partnership with the owner to accommodate the University's requirement that the chapel remain open daily. In fact, during the two-year project, there was no interior scaffold in place during the month of December and about 270 religious services and 240 special events were successfully executed.

The protection of the Chapel Mander pipe organ presented many challenges. All the visible pipes were sealed for dust protection and boxed with plywood for impact protection. The console was shrouded in a removable, custom-tailored quilt. The organ remained undamaged throughout the two-year period.

A barrier-free ramp was constructed matching the stone that was originally used in the construction of the chapel. The variegated sandstone was hand selected in a time intensive process at the quarry.

During the exterior restoration phase, the entire stone façade was meticulously raked out and re-pointed. Severely deteriorated decorative stone pieces were re-carved in Indiana limestone to match the original. The restored pieces were installed using stainless steel anchors. Selective repairs were made to the limestone façade that included carved limestone Dutchman, composite patching, grouting and crack injection. Special attention was given to the repair of sculptural elements above the narthex entrances. They were cleaned and repaired by a conservator and stone sculptor. Intricately carved limestone pinnacles required disassembly, restoration and in many cases, complete reconstruction due to ferrous pins or pins of inadequate length. Over 60 new units were carved to match the original pinnacles, using a combination of computerized lathes and hand carving. Some of the stone carving had to be accomplished in-situ.

The two-year, $11,000,000.00 project, was completed on time within 4 percent of the original contract amount. The exterior of the building was carefully restored to its original appearance while enhancing its structural integrity and accommodating a busy university schedule.