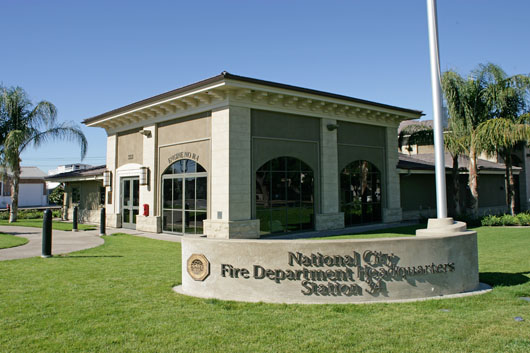 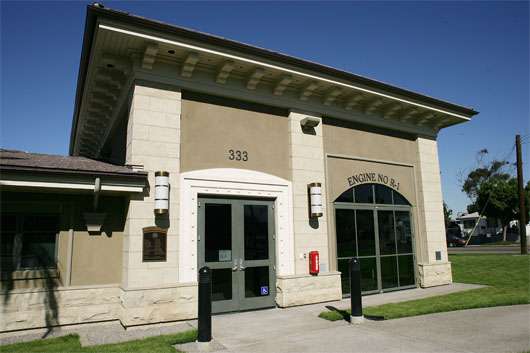 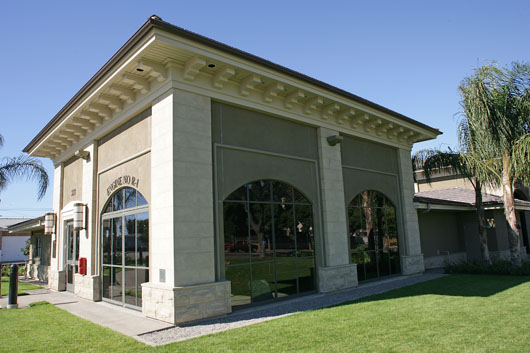 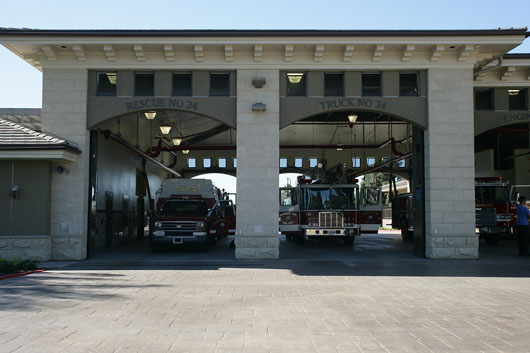 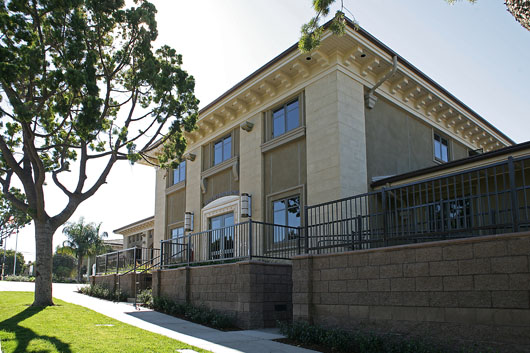 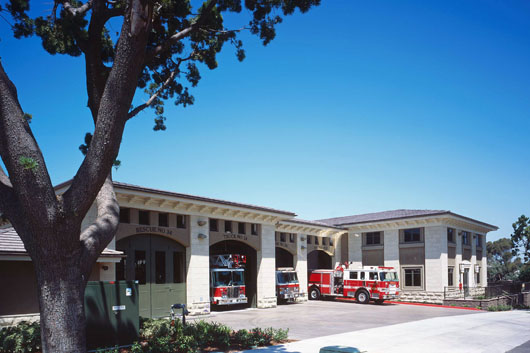 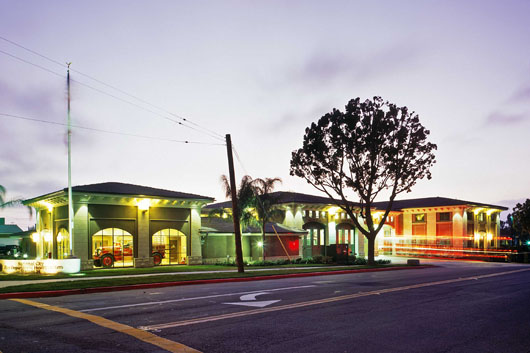 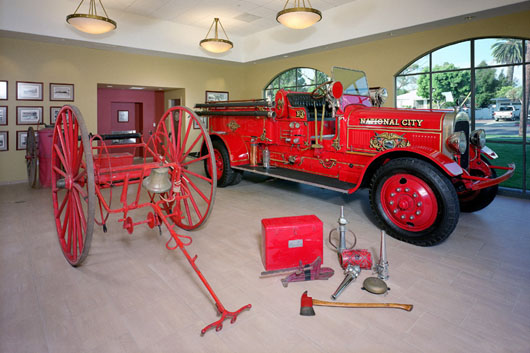 Sustainable Design, Durability, and Low Maintenance were key components in the architect's choice to use masonry on this project. In addition, the City and the Fire Department wanted the building to have a historical look and feel. These factors prompted the architect to choose traditional materials. Masonry leads this list. The City's desire for durability and low maintenance was a high priority, both of which were met by the use of masonry. The concrete block and masonry veneer used qualified this project to meet some of the requirements for LEED certification, although the City chose not to certify the project.

Located just south of San Diego, the City of National City is undergoing a transformation with the construction of several new civic facilities. The new National City Fire Station 34 is one of the prime components of this rebirth. National City has the distinction of having one of the oldest Fire Departments in San Diego County. The National City fireman's club was formed in 1887 and the first station was built in 1910. It was very important to the Department and the City to capture some of this history in the design of the new station. This was accomplished through the exterior design of the station, which respects the heritage of the original station, while providing the modern services of an urban fire station. The two-story station, with four drive-through apparatus bays was dedicated in June 2005.

The fire station itself is a 19,500 square foot facility designed to house an engine and Truck Company, a Rescue unit and a Battalion Chief. Among the features are 11 individual bunkrooms, kitchen, dining area, dayroom, fitness room and administrative offices. Also included is a DOC, or Department Operations Center, which will serve as the department's command center during a major event. This space will also serve as a training room for the department as well as a community room for community activities. Operational spaces include turnout lockers, decon and laundry facilities, hose storage, and a workshop.

One of the main features of the station is the History Room at the entrance to the station, which was designed to house the original 1912 pumper truck that the city has restored. In addition the area is designed to house a hose cart, photos and other memorabilia from the department's long history.

Another feature which sets this station apart is the 5 story training tower with a live burn room that is located on the lower training grounds. This state of the art training tower is the only one of its kind in south San Diego County. It will enable the department to run both wet and dry training exercises, utilizing stairs, balconies, ladder access and roof access, as well as live fire training in the burn room. The training grounds are designed to allow for hose and nozzle testing, as well as providing an area for practicing vehicle extraction techniques.