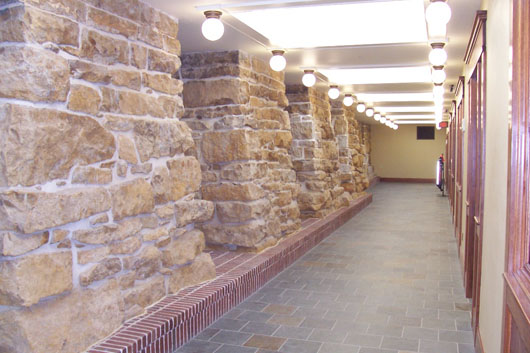 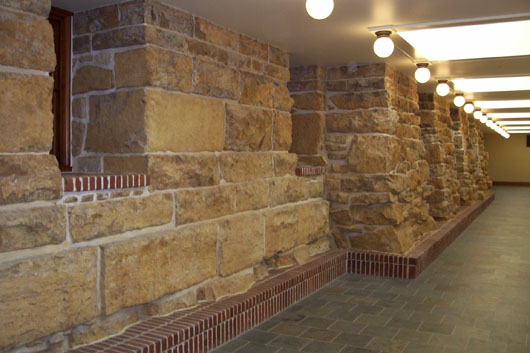 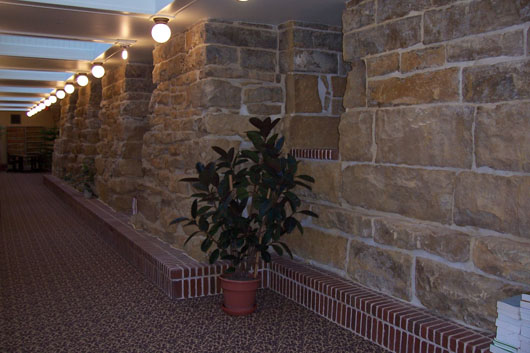 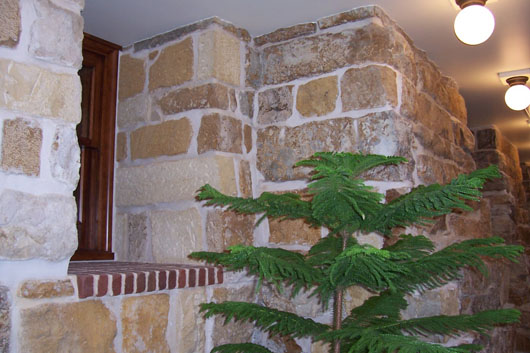 In 1866 Kansas passed a House Bill appropriating funds for the building of a Statehouse in Topeka, KS. Construction started in 1867 with the building of the East Wing. In 1903, 37 years later, the Statehouse, which consists of a center common area and four wings, was completed. The primary building material for the foundations and structure is comprised of native Kansas limestone. In 2000, the Capitol Restoration Commission was created with the mission to "preserve and enhance the dignity, beauty, and architectural integrity of the Statehouse and Statehouse grounds".

One of the first projects undertaken was the remodel of the East Wing, which was completed in the Spring of 2006. In the remodel project, the major masonry restoration occurred on the basement level where the goal was to remove the existing mechanical equipment to a newly constructed mechanical vault and create office space. To create this modern office space in a basement area designed in 1867, the entire concrete floor was removed. Two feet of subgrade was excavated and a new floor was constructed. The lowering of the floor exposed 2' of limestone foundation walls which had to be faced, then all mortar joints were removed to a depth of one-half as deep as the joint width, and then tuckpointed. Over 20,000 sq ft of wall was repaired and tuckpointed to achieve an exposed finished limestone wall condition. In addition, numerous new openings were cut through the 3'to 4' walls to provide openings to the new offices. At each opening, the limestone jambs were rebuilt and/or dressed to achieve the same finished limestone condition. In addition to the major wall restoration, the original brick vaulted ceilings were restored to an exposed finished condition by sounding each brick and then removing and replacing defective masonry areas with new brick and mortar. Numerous MEP penetrations were also repaired or infilled as required. Finally, new brick seats, windowsills, and door headers were installed to add to the aesthetic appeal of the new office space.

The masonry renovation of the East Wing took over one year to complete and over 6,600 man hours. Though most of the job conditions were less than ideal, the professional approach of the project team and the outstanding craftsmanship of the masonry crew combined to create a space that can be efficiently utilized by the State of Kansas for the next 100 years. All team members were proud to take part in this project.

“The MCAA is truly trying to move the masonry industry forward.”