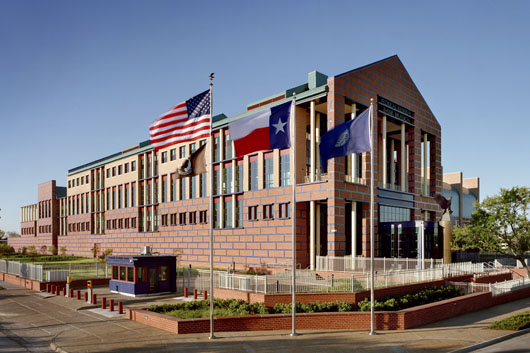 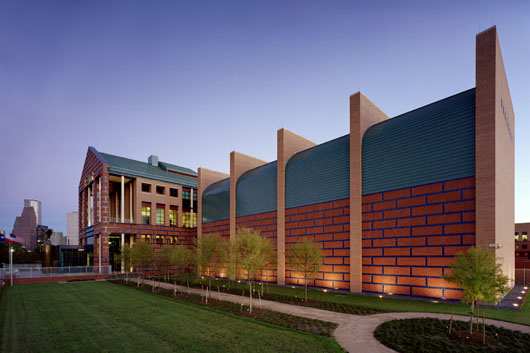 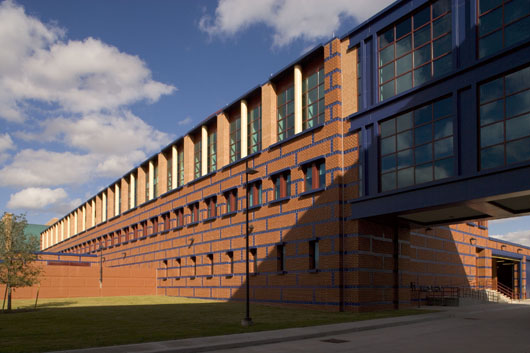 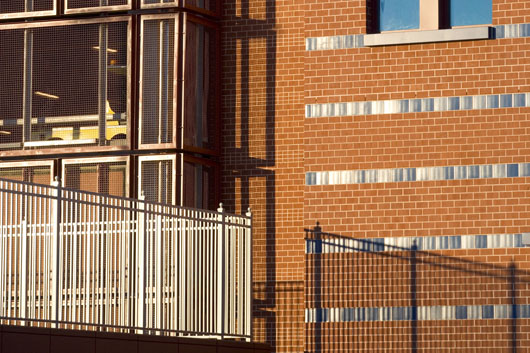 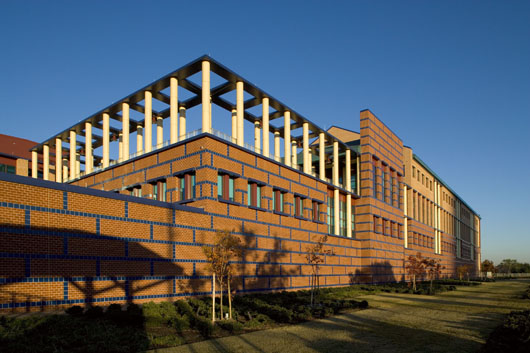 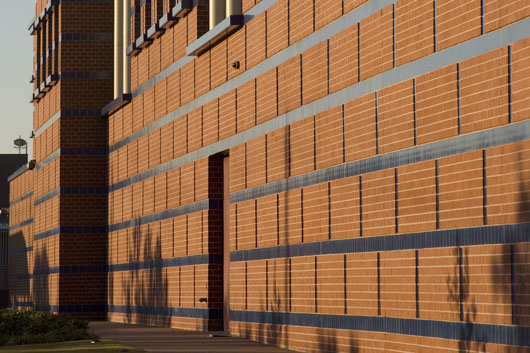 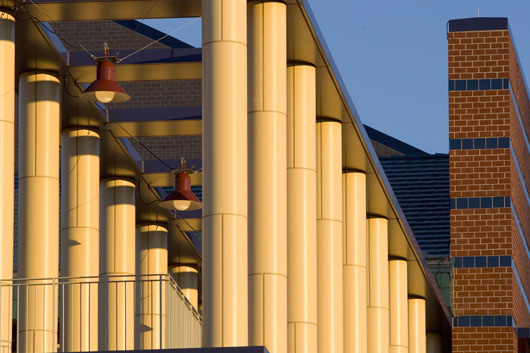 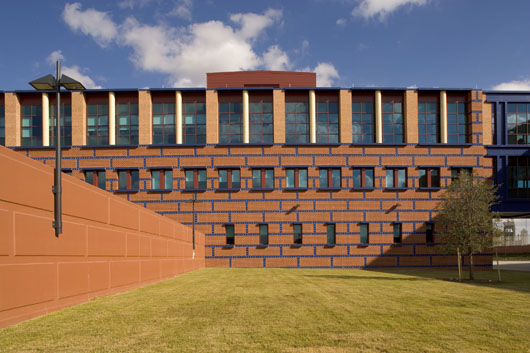 The new Federal Reserve Bank of Dallas-Houston Branch is the latest architectural monument in the Federal Reserve Banking system and one that can truly be called a "masonry masterpiece". This exciting new building, designed by the world-renowned Michael Graves, incorporates banking offices, check processing facilities and the 2nd largest currency vault in the Federal Reserve system. With its significant scale (297,000SF), it will accommodate the Bank's growth in the 11th district region for the next 25+ years.

Due to the requirements for both longevity and security, Mr. Graves used masonry extensively for both the exterior and interior construction. The design aspect is one of modularity and when standing at a distance, one can see that the blue glazed tile appear to be the mortar joints between large red brick panels. All of these panels worked in the brick modules of 8".

The exterior of the cash vault, capable of holding billions of dollars, is clad in brick with a large barrel vaulted roof with green roof tiles. Large brick clad ribs spaced evenly along the length of the vault are topped with massive cast stone copings. While the vault itself is safely enclosed solidly in concrete, the masonry exterior of the vault projects both form and beauty.

Masonry is prevalent in the interior spaces as well for both durability and aesthetics. For security, over 178,450 fully grouted and extensively reinforced concrete masonry units were used for backup and partition walls. All exterior walls were designed to be blast resistant under the new guidelines issued for security after 9/11. Over 5,800 SF of Hadrian limestone and Palamino tile adorns the main entrance lobby, boardroom and executive restrooms. Green glazed tile units (over 15,000 of them) were used in the walls of the cash processing areas as well.

To maintain the tight schedule, Lucia provided a large crew of over 50 brick masons and stone setters along with support crews to keep the project moving. Over the life of the two-year project, over 130" of rain fell Houston. Through innovative scheduling, Lucia was able to maintain continuous operations by pre-planning moves between the interior and exterior work.

Lucia also engineered the anchorage for the 988 pound cast stone headers at the 4th floor windows. Lucia set the cast stone and then placed brick at the sides to cover the ends of the cast stone. This provided a unique architectural look to the window head in that the header does not appear to bear on the sides of the window, and instead stops flush at the window jamb.

Lucia is proud to be part of the team on this new national "masonry masterpiece".

“The MCAA has my back on things I could not possibly be doing by myself.”