Kris Chee is the 2011 Fastest Trowel on the Block Champion 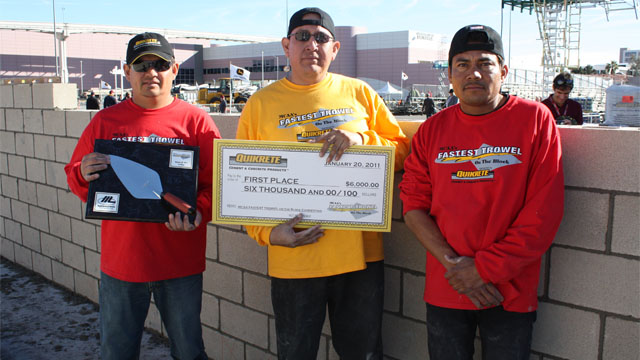 Kris Chee, 2011 Fastest Trowel on the Block winner, with his tenders, Enrique Esparza and Gilberto Palacio.
Masons and their tenders were highlighted at the 2011 MCAA Convention in Las Vegas, Nev. at the World of Concrete/World of Masonry on January 20, 2011. The annual Fastest Trowel on the Block competition presented by QUIKRETE drew a big audience to catch the action and see who would win the $6,000 grand prize.

The Fastest Trowel on the Block showcases the skill of masons and how important teamwork is in accomplishing a final product. The competition pitted the masons from across the United States and Canada against one another in a show of both speed and craftsmanship. Each contestant's goal was to complete as much of an 18-block-long wall as possible. With the 20-minute time limit that was placed on the contestants, they had to make split-second decisions based on the judging criteria.

Each mason worked quickly to build a quality wall while the crowd cheered them on through the twenty minute competition. After the judges completed their scoring, the results were announced.

The top-placing contestants in this year’s competition were: 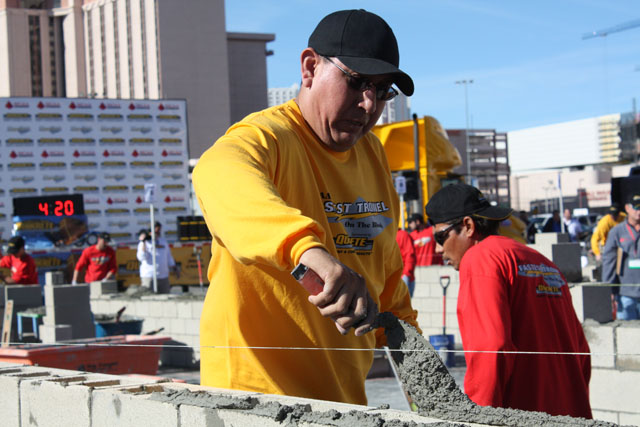 Kris Chee has worked in the masonry industry for over ten years. He placed 3rd in the 2009 Fastest Trowel on the Block and won the 2010 and 2011 competitions. 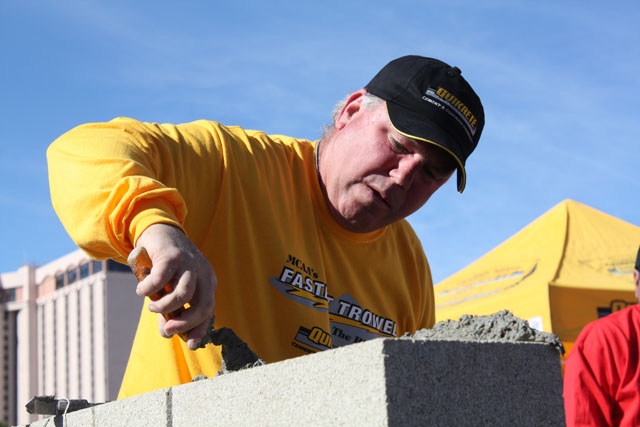 Over twenty-five years ago Keith helped a neighbor build houses in Phoenix, Ariz. and has been in the masonry industry ever since. He placed 4th in the 2009 and 2010 Fastest Trowel on the Block competitions. 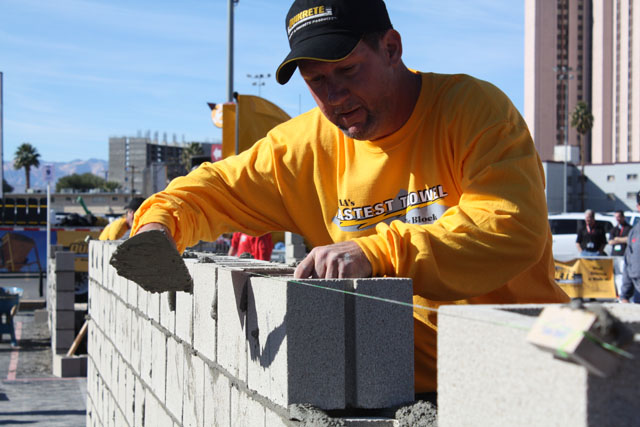 Ray Robinson has worked in the masonry industry for more than 25 years. He was the 2007 Fastest Trowel on the Block competition champion and placed second in the 2008, 2009, and 2010 competitions.

Winners were presented with trophies, plus first place took home $6,000 and a plaque from Marshalltown, second place received $2,500, and $1,500 was awarded to third place. All contestants received a Marshalltown tool bag and tools, a Grout Grunt, and additional prizes.

The Mason Contractors Association of America would like to thank the judges from across the country for donating their time and expertise: And a special thank you to the sponsors and service/material donors for their contributions including: The Fastest Trowel on the Block presented by QUIKRETE is hosted annually by the MCAA during the MCAA Convention at the World of Concrete/World of Masonry in Las Vegas. The competition is a showcase of industry craftsmanship and a testament of both the speed and skill of our industry’s workforce. For more information about the competition, please visit www.fastesttrowel.com.

“The opportunity to ‘talk shop’ with other mason contractors is extremely valuable.”