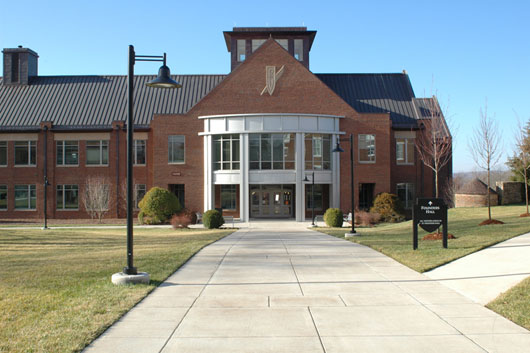 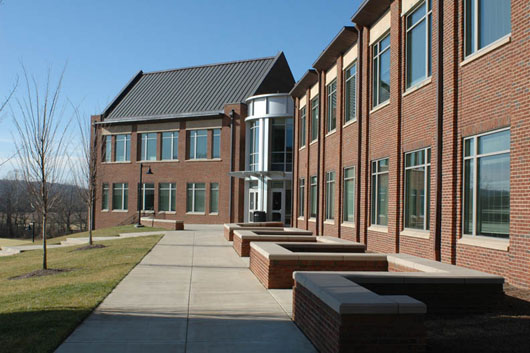 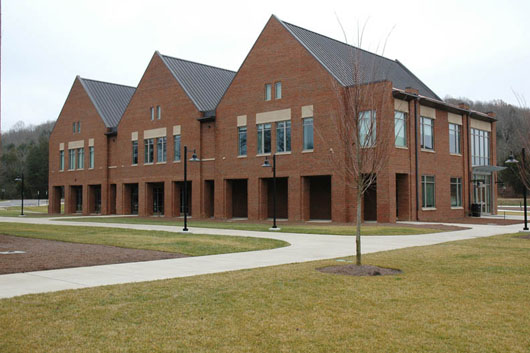 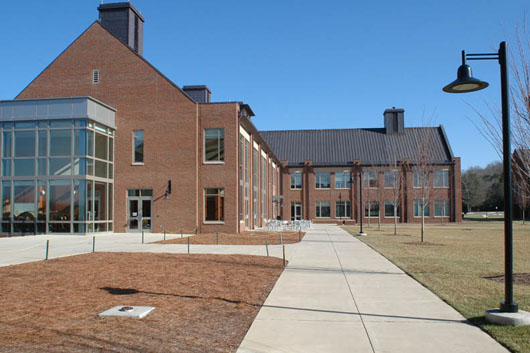 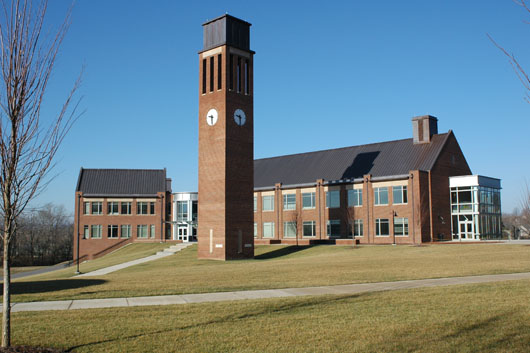 The job began with the refurbishing of existing dry stack walls that were built over a hundred years ago around the property. The new structures are brick, highlighted with cast stone around the windows and other openings, as well as cast stone emblems strategically and artistically placed throughout the buildings' facades. A running bond pattern was used throughout the entire project with recessed brick borders used around most openings. An unusual feature was the installation of flat soffits, eight to fifteen feet long and twenty inches wide over the openings beneath the athletic building terrace constructed with rebar and I-bolts and concrete fill. The front entrance is a combination of brick, cast stone and field stone.

The brick clock tower, which was the last building to be completed, offers a classic academic look to this well designed project and is the focal point of the complex.

The architect's design also allows for future additions that should appear as a part of the existing complex rather than patch-work accompaniments. Already added to the complex by WASCO, Inc. (under a separate contract) is a matching brick terrace which extends across the south end of the athletic building.

The masonry contract for the project, including the clock tower, was approximately $3,800,000. The school was completed for use in 2005.

“The opportunity to ‘talk shop’ with other mason contractors is extremely valuable.”