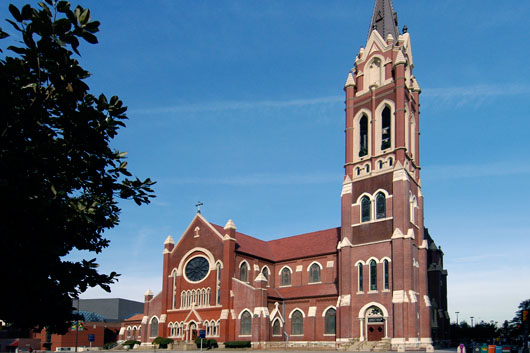 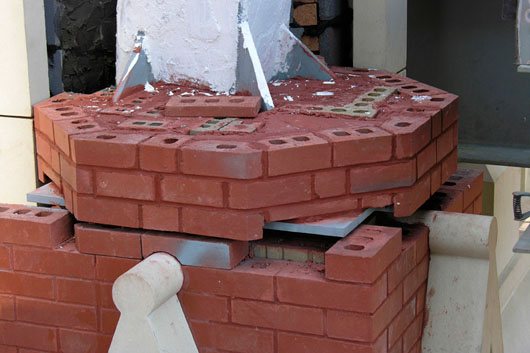 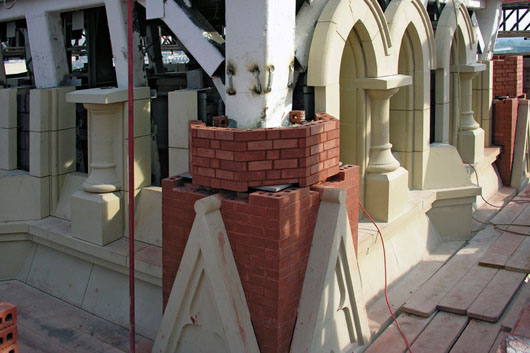 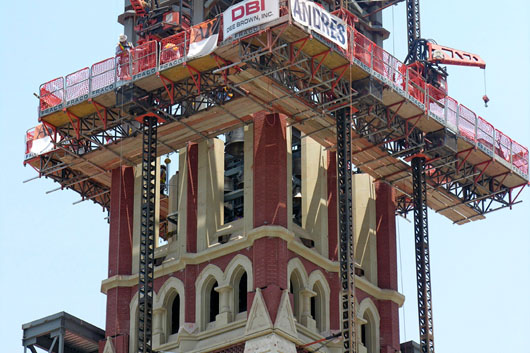 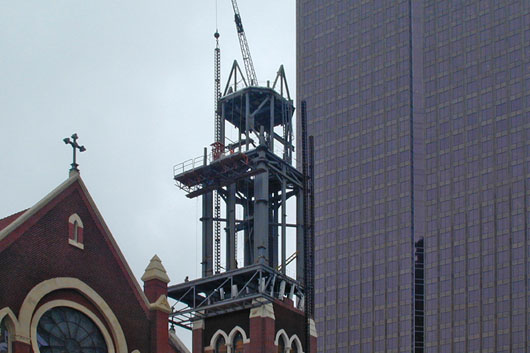 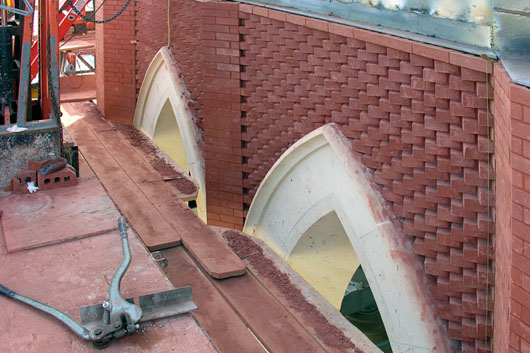 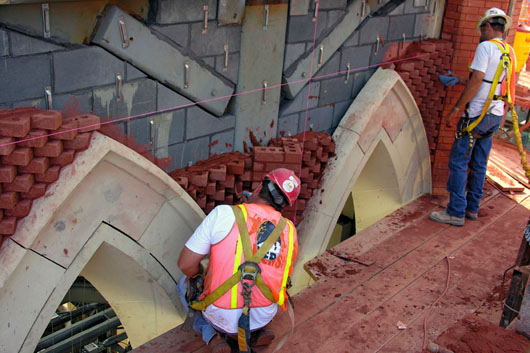 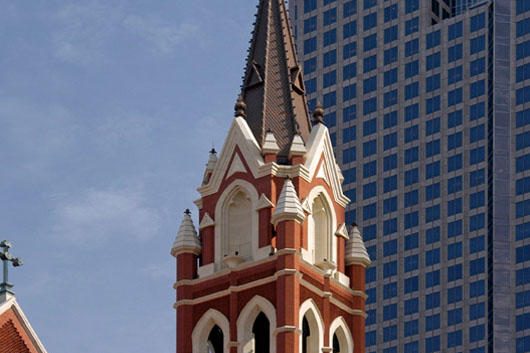 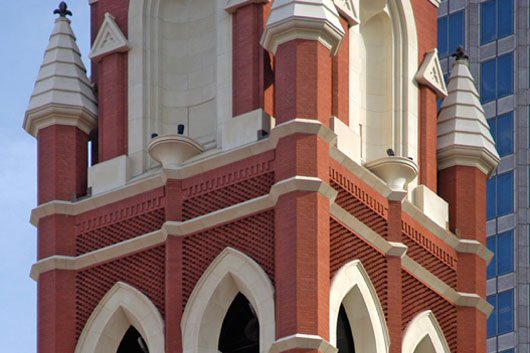 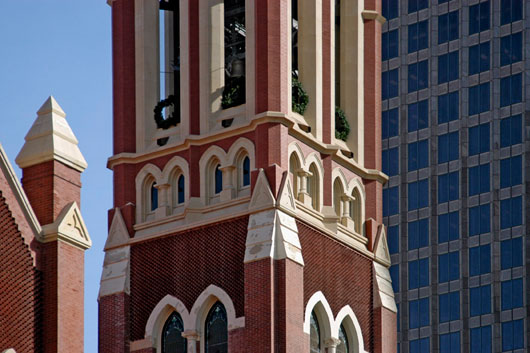 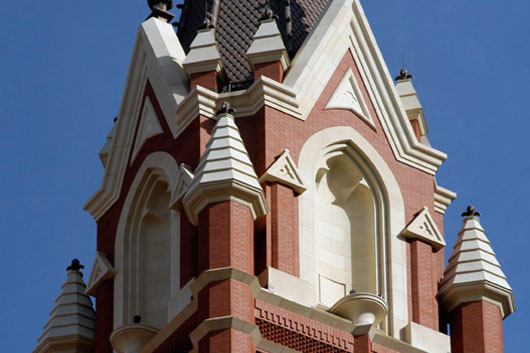 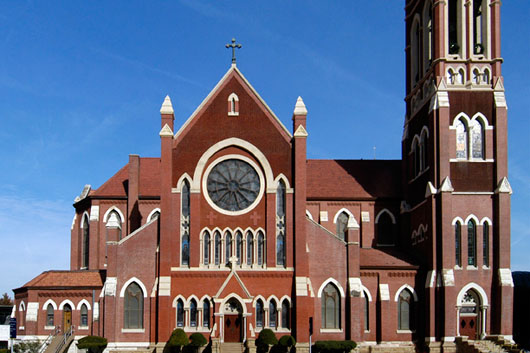 This 20 story bell tower was inspired by the original architect Nicholas J. Clayton in the 1890's. The financial reality was in 1898 when the cornerstone was laid the church did not have the means to complete this vision. Now some 103 years after the church originally opened in 1902 his vision has been completed.

This 224' high bell tower houses 49 bells and was dedicated in October of 2005 by representatives from the Vatican. This bell tower addition was built with current construction methods which are much different than the load bearing solid brick base. The contractor drilled piers and ran a structural steel structure up the existing tower and then up some additional 160' to the top of the steeple. The installation which begun at 80' in the air was very tedious and took approximately 4 1/2 months.

The footprint of the tower was 24'x 24' which did not allow for the use of a large crew, and the crew used were multitasking craftsmen working as stonemasons and bricklayers. DBI was responsible for designing and installing the mobile tower scaffolding, removing and salvaging existing materials that would then be reinstalled, installing a CMU backup system, handling all moisture control related issues, setting all cast stone, and laying all brick which were 8 1/2'' x 2 3/8'' x 3 1/2'' laid to 1/4'' mortar joints to match the existing structure.

The brick elements of the project included special shaped brick at the octagonal corners, sawtooth patterns, and were all laid in red mortar color. The cast stone was introduced for cost saving and durability as the majority of the existing sandstone materials were greatly deteriorated. Many of the cast stone elements were installed as structural elements within the masonry system. The cast stone was utilized as a belt course, column pier caps, thru the wall widow opening sills, jambs, and arches, ornate statue enclaves, and coping.